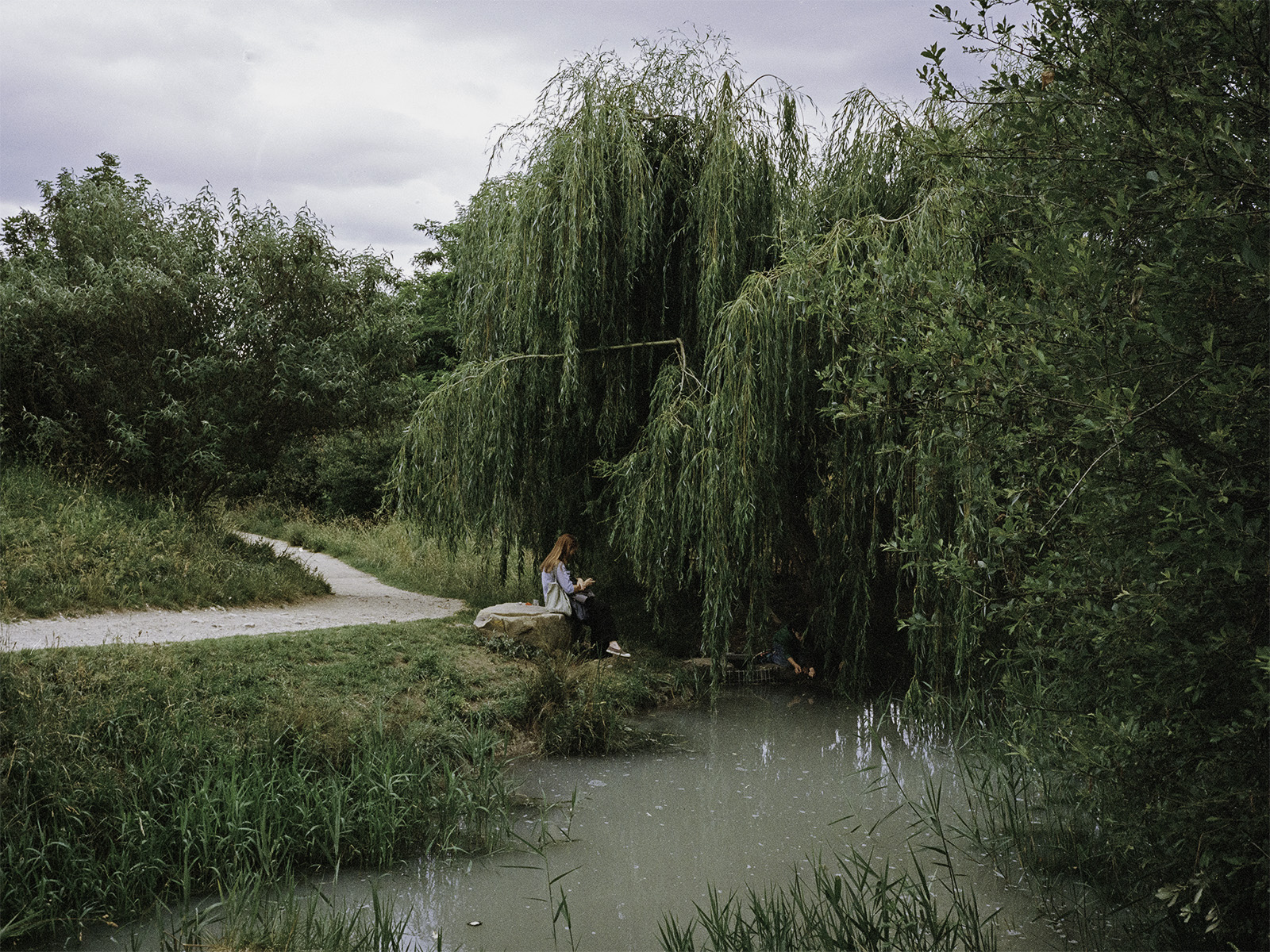 In the early 1950s, an innovative plan was put forward to build a green belt of interlinked parks around the city of Paris. This was intended to replace the area beyond the city’s fortifications, known as La Zone, occupied for decades by a shifting and marginal population known as the les chiffoniers (rag pickers). The bill supporting this was eventually narrowly defeated in the French parliament and in 1958 an eight-lane motorway known as La Périphérique was built in its place. It marked the end of a period of hope and expectation for the area which, up to that point, was seen by many as a potential social utopia embodied in affordable housing, new schools and allotments.

By recreating a fictional green belt around the city, Contours considers the original vision and hints at how the area might look today if things had played out differently. However, the reality is never far from sight.