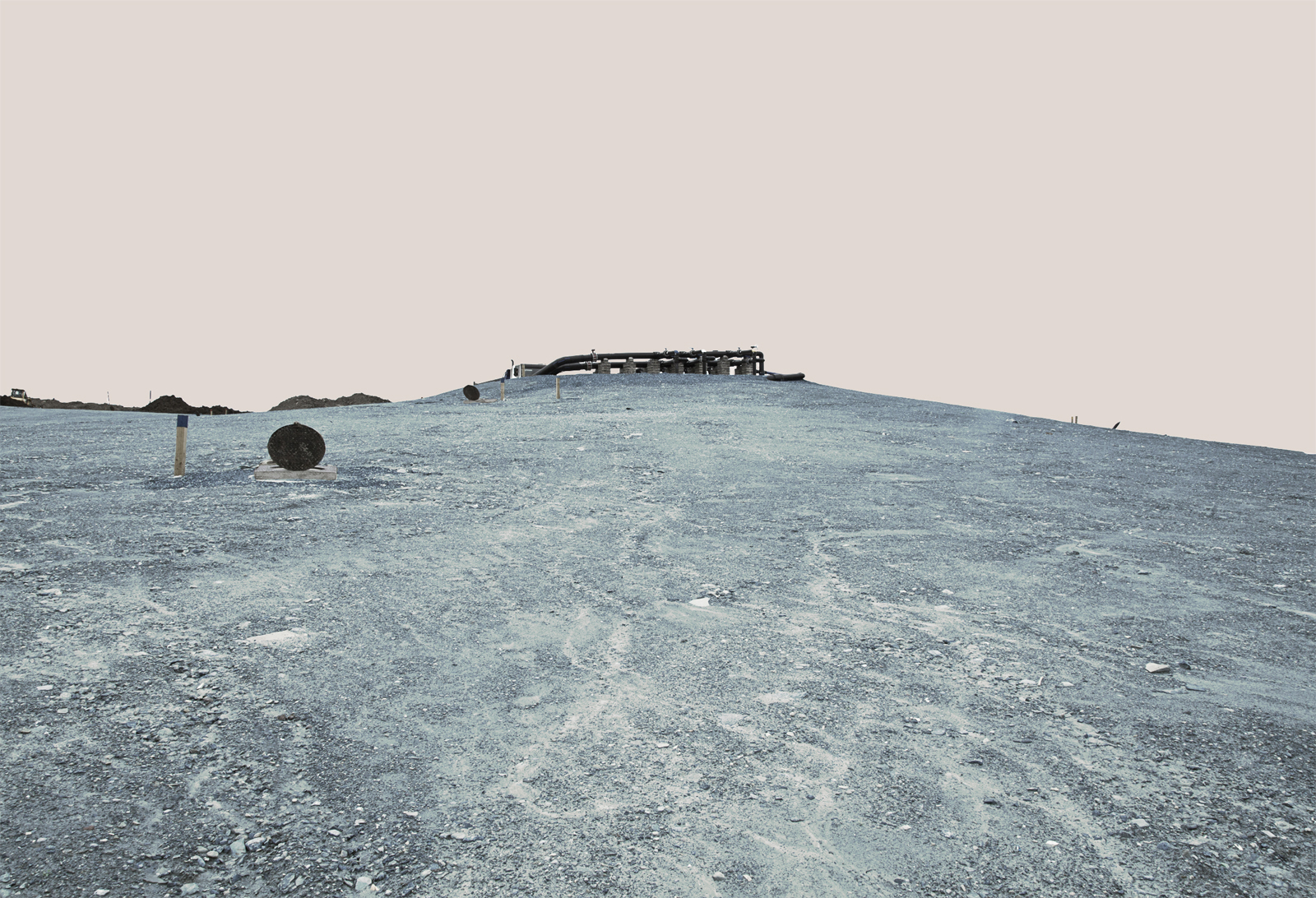 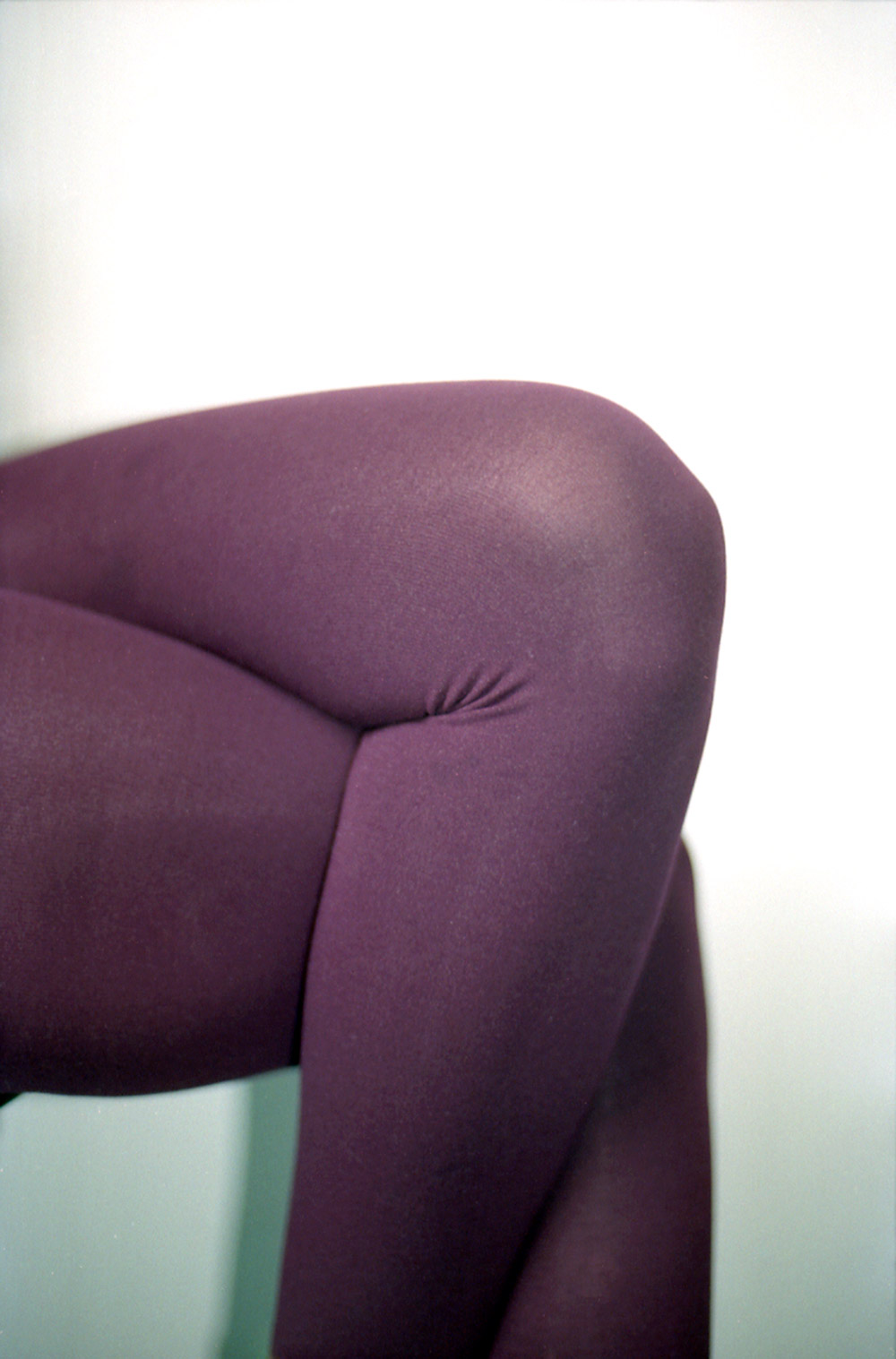 Our relationship to everyday life is one of habit, so much so that we hardly register what is around us. These photographs suggest the uncertainty of once familiar scenes. 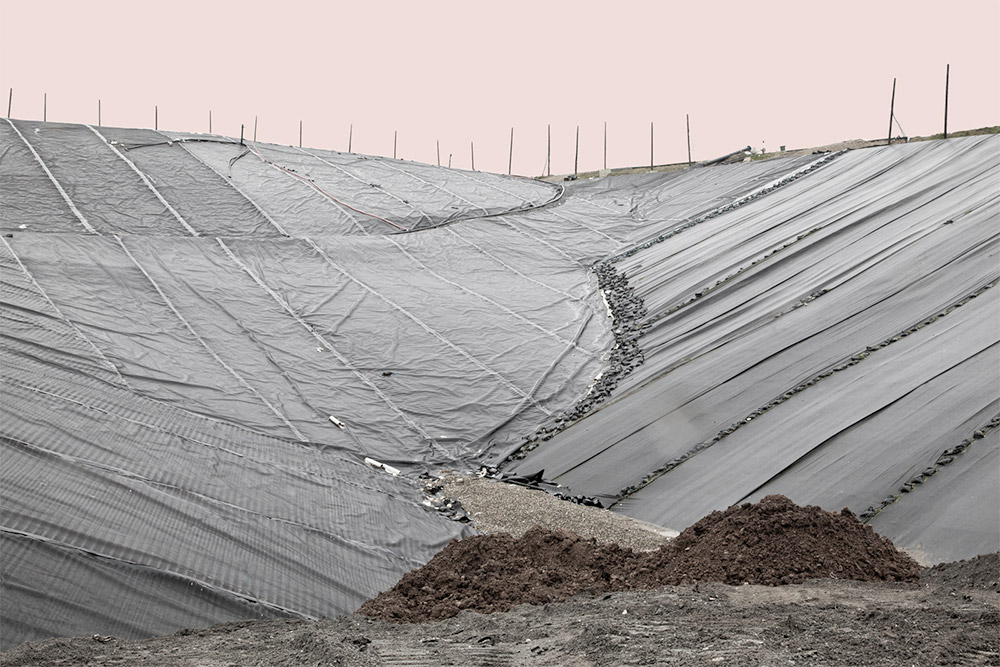 The project examines our culture of consumption through the documentation of a site that is integral to, but in the background of our daily existence: the landfill. These unusual landscapes, with tens of feet of rubbish hidden from view, act as a metaphor for how our society seeks to bury our problems and avoid addressing the deeper costs of the way we live. The alteration of colours, inspired by science-fiction representations of dystopian futures (in particular HG Wells, The Time Machine), seeks to augment the unfamiliarity of these sites and underscore the degree to which western consumers are estranged from the innumerable and immensely destructive repercussions that our consumption has at both ends of the production-disposal stream. 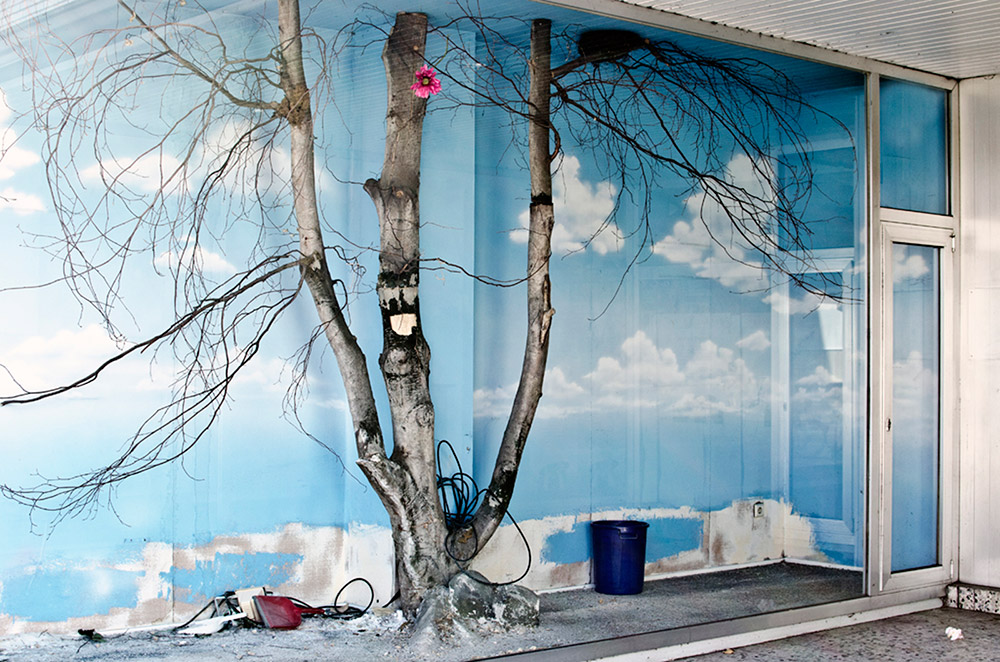 Produced over a period of four years, A Temporary Discomfort deals with the idea of a once familiar place becoming unfamiliar and the emotions that are triggered when the place once called home is not recognizable as such anymore after spending a significant amount of time abroad. Sensory overload, disorientation, resistance, confusion, flawed memories, frustration, withdrawal, resentment, boredom, restlessness, alienation, need for excessive sleep. These are symptoms typically associated with reverse culture shock, a phenomenon experienced when returning to one’s home culture after growing accustomed to a new one.

Imagine, you are in the city of your birth, where you grew up and spent most of your life – though everything feels different – the static, mental and emotional snapshot of home has been replaced by an alternate reality. 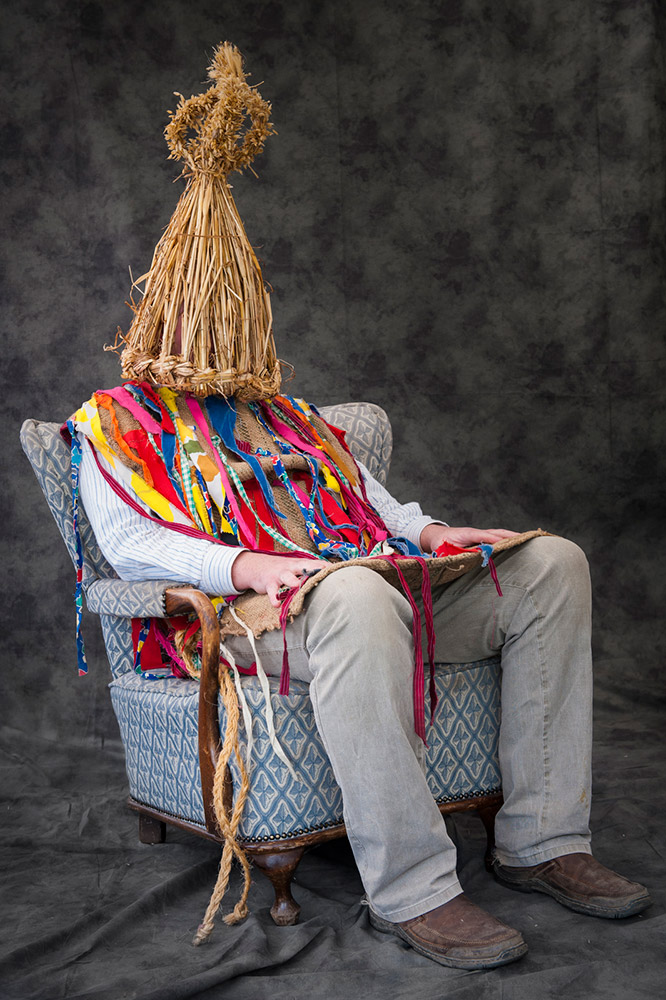 Found in rural parts of Ireland where there is a strong connection to heritage and tradition Strawboys or Mummers perform through song, dance and pure mischievous fun. These groups traditionally present themselves to their local community disguised behind masks and elaborate costumes which are made from the humblest of readily available materials: straw. In this series of formal portraits, Quinlan and her subjects have united to honour, record and celebrate this colourful tradition and curiosity. 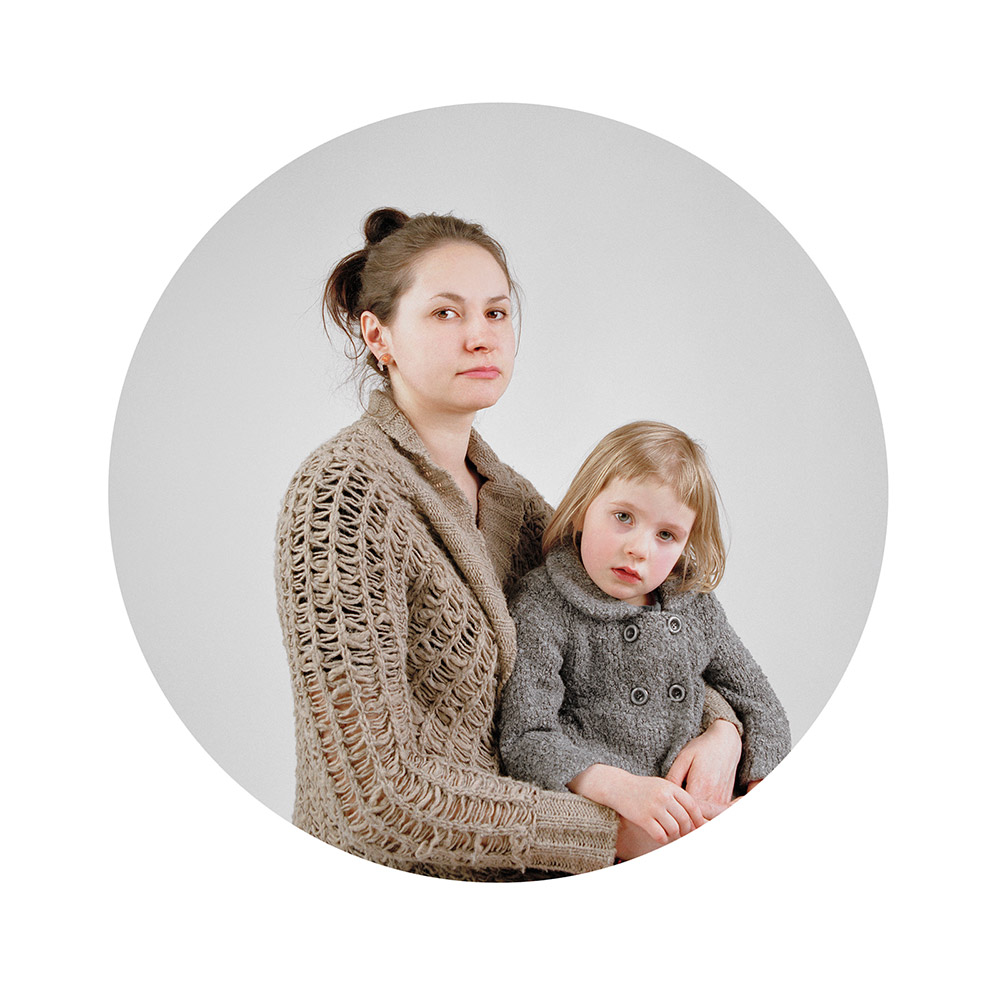 Transnational migration is an immense phenomenon of this postcolonial era, involving the movement of significant numbers of people globally every day. Many are forced to leave due to extreme circumstances while others leave to gain new experiences. Subsequently, mobility, displacement and transculturalism are inseparable characteristics of contemporary society. Migracijos explores aspects of migratory culture and in particular the ways in which displacement affects and transforms the lives of migrants. It questions what is lost and what is gained in the process of transition between leaving home and settling the host country.

Ieva Baltaduonyte addresses these issues through a dialogue with Lithuanian women representing two generations who came to live in Ireland during the ‘Celtic Tiger’ years. The resulting ‘conversations’ reveal intimate intercultural complexities. These personal narratives speak of the in-between place where language and notions of home and can no longer be defined as fixed entities. 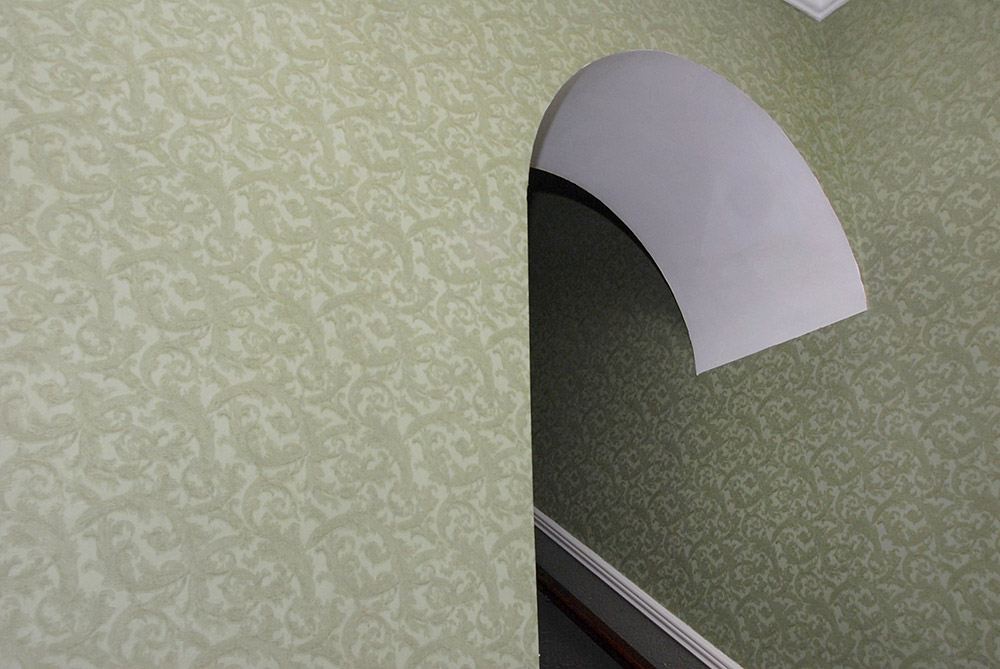 We spend much of our daily lives caught up in busy routines; unobservant of the curious details that make up the visual world we are passing through. Attention Seekers is a body of work that lingers on these often overlooked traces, singling them out with an attentive and subtle gaze that imbues them with a mysterious and magical vitality. The subjects of these images solicit attention – that of the photographer and, ultimately, of the viewer – with their strangely insistent and often subtly unsettling juxtapositions, shapes and colours.

Modest or minute elements are reoccurring motifs across the series, where, time, location and horizon lines are regularly obscured – comparatively hazy. Full of ambiguous clues and mischievous suggestions, the images represent, above all, a deep curiosity around looking and seeing, and a preoccupation with the impression that these scenes in some way return the gaze. 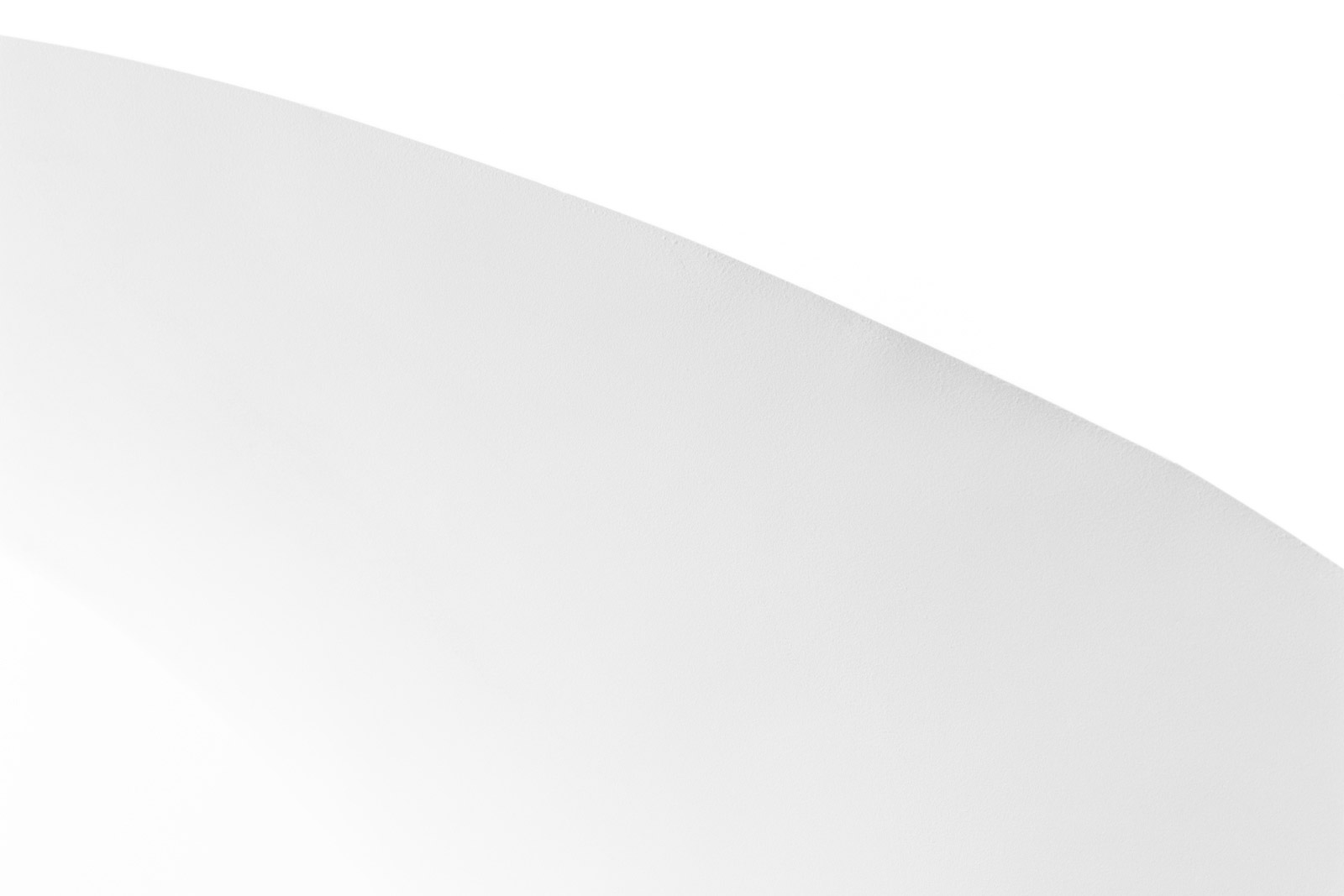 There is stillness within movement, the breath in between, while light defines the planes of a space. This series seeks to create work that has the capacity to quieten, if not silence, the viewing experience and in doing so, open up a space for internal conversation.